BUILDING THE CITY OF THE FUTURE

Circular economy, innovative materials, and renewable energy, but also vertical gardens, driverless mobility. With Mind, Arexpo is creating the metropolis of the future.

This area is now seeing the birth of “a consistent project, capable of combining all dimensions of social life"

The City of the Future is already here. You can detect its features, raising your eyes towards the 16 white floors of the Galeazzi Hospital, or the 37 meters of wood and steel of the Tree of Life, official legacy passed on from Expo 2015. You can touch the walls of the first labs at the Human Technopole, the cobweb structure made of biodynamic concrete of the Italian Pavilion or the modules at its basis, waiting for the new buildings. You can even have a stroll inside it and pace it from end to end: the kilometer and a half of the Decuman, the boulevard crossing it horizontally, which will become more similar to a park (“Italy’s longest linear park”), the 325 meters of the Cardo, the other boulevard crossing it, which was recently named after Nobel prize winner Rita Levi Montalcini; the bridge connecting this area to the subway and the city… Most of all, you can already imagine what's to become of this place when there won’t be any more cranes and trucks, and the swarm of workers will leave room for 70,000 new people coming here to experiment with new ways of working, researching, studying, and being together, inhabit and move. New ways of living.

Milan Innovation District, someone calls it “Milan of Tomorrow”, references the fil rouge connecting this area to the Italian capital of Made in Italy. The Duomo Cathedral is just 12 kilometers from this, and when everything will be completed, Mind will be a fully-fledged district of the city. However, for Arexpo, the institution behind its idea, plan and growth, Mind is more than this. It’s a City of the Future, “technologically aware, inclusive, sustainable, attractive, dynamic, productive, alive and digital”. And this city of the future is, in fact, already here.

The schedule agreed upon in 2016, when the project was approved, has been followed with perfect timing, despite Covid. Both timing and standards have been respected: By 2021 the plan called for a new hospital, and there it is, visible even from the near Tangenziale bypass. The same goes for the excavations, constructions, foundations, and for the dismantlement of the last Expo pavilions. This area of over a million square meters, which hosted the global exposition just 6 years ago, is now seeing the birth of “a consistent project, capable of combining all dimensions of social life, capable of growing through innovation and sustainability, and expressing its identity”, as it is defined as in Arexpo's offices. 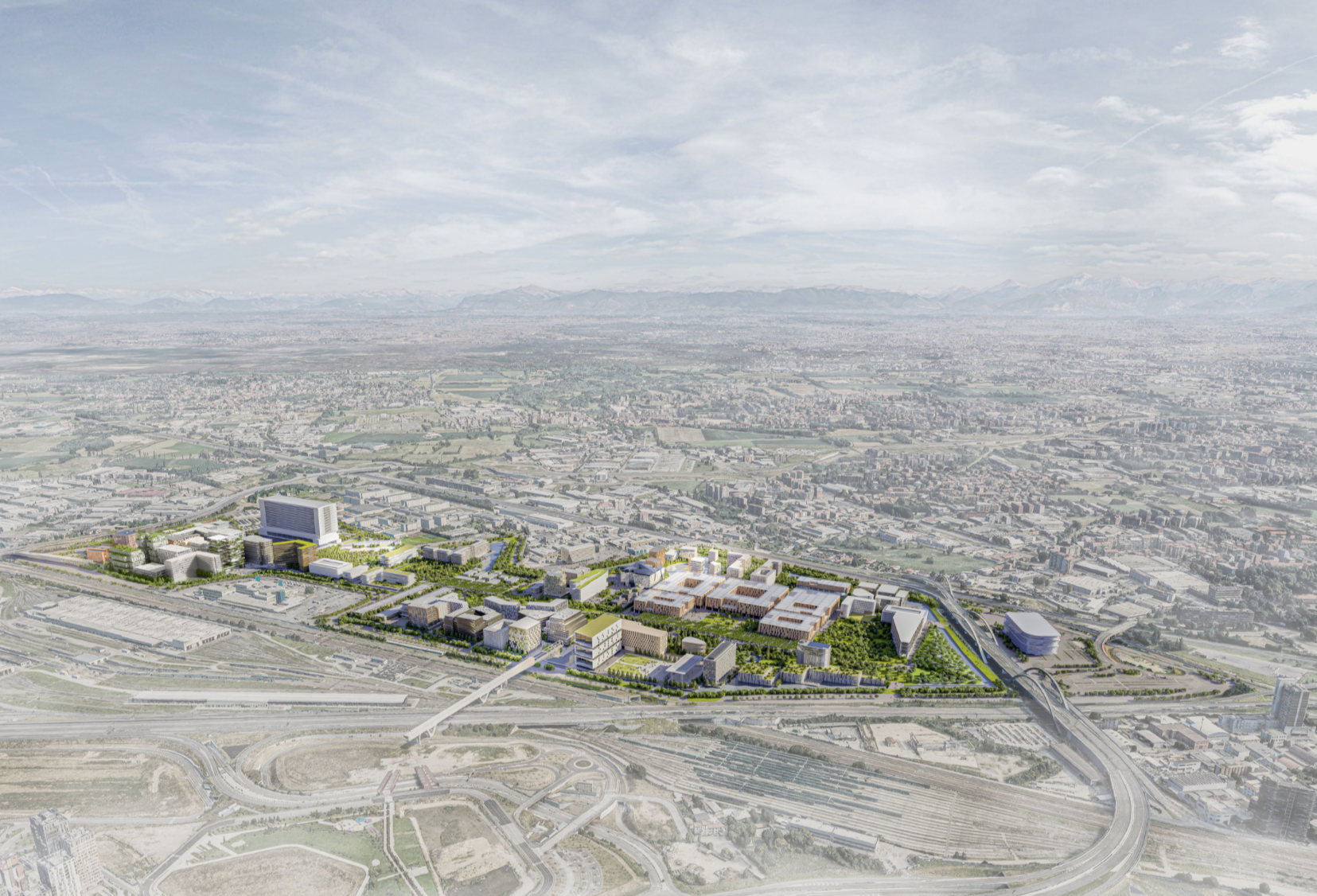 Mind’s identity is clear, well defined. It stems from the bond with Milan, which is strong not only due to physical proximity. “We are Milan, our relation is consubstantial” says Alberto Mina, Arexpo’s Director of Institutional and International Relations; “We are the result of one of the biggest events to ever take place here. We wanted to include Milan in our brand because it’s renowned globally. But we are also direct expression of it, in all the operability, quality, dynamism, international reputation and networking we are building here”. A project built with strong roots in the international breadth of this experience, yet re-interpreted “with an innovative perspective, promoting projects that combine quality and social integration, local participation and institutions”, adds Mina.

The result is something unique, very much linked to history but, at the same time, totally new. “Mind will be Italy’s 70th city”, states Andrea Ruckstuhl, CEO of Lendlease Italia, thinking about the future citizens of this place. “One of its peculiarities is that the companies themselves are, somewhat, considered among the founders”.

But the is another factor that, ironically, makes this district something unprecedented: The pandemic. “We are the first post-covid city”, says Arexpo’s CEO, Igor De Biasio. “Despite starting our project before 2020, it showed the capacity to evolve during the process, facing the unexpected circumstances. Opportunities don’t happen, they are made. "The Coronavirus has not stopped Mind, it has become instead an occasion to speed up and reflect on what the future holds”. The event that stopped the world for two years, not only didn’t slow down the work here”, (the construction sites where halted for two weeks and due dates were not pushed), but “it made it possible to speed up certain aspects of the process”, adds Di Biasio. “In the end, the two macro-areas to which the district is dedicated are life sciences and technology at the service of the Cities of the Future. These are two themes that Covid brought attention to”.

«We are Milan, we also are direct expression of it, in all the operability, quality, dynamism, international reputation and networking» 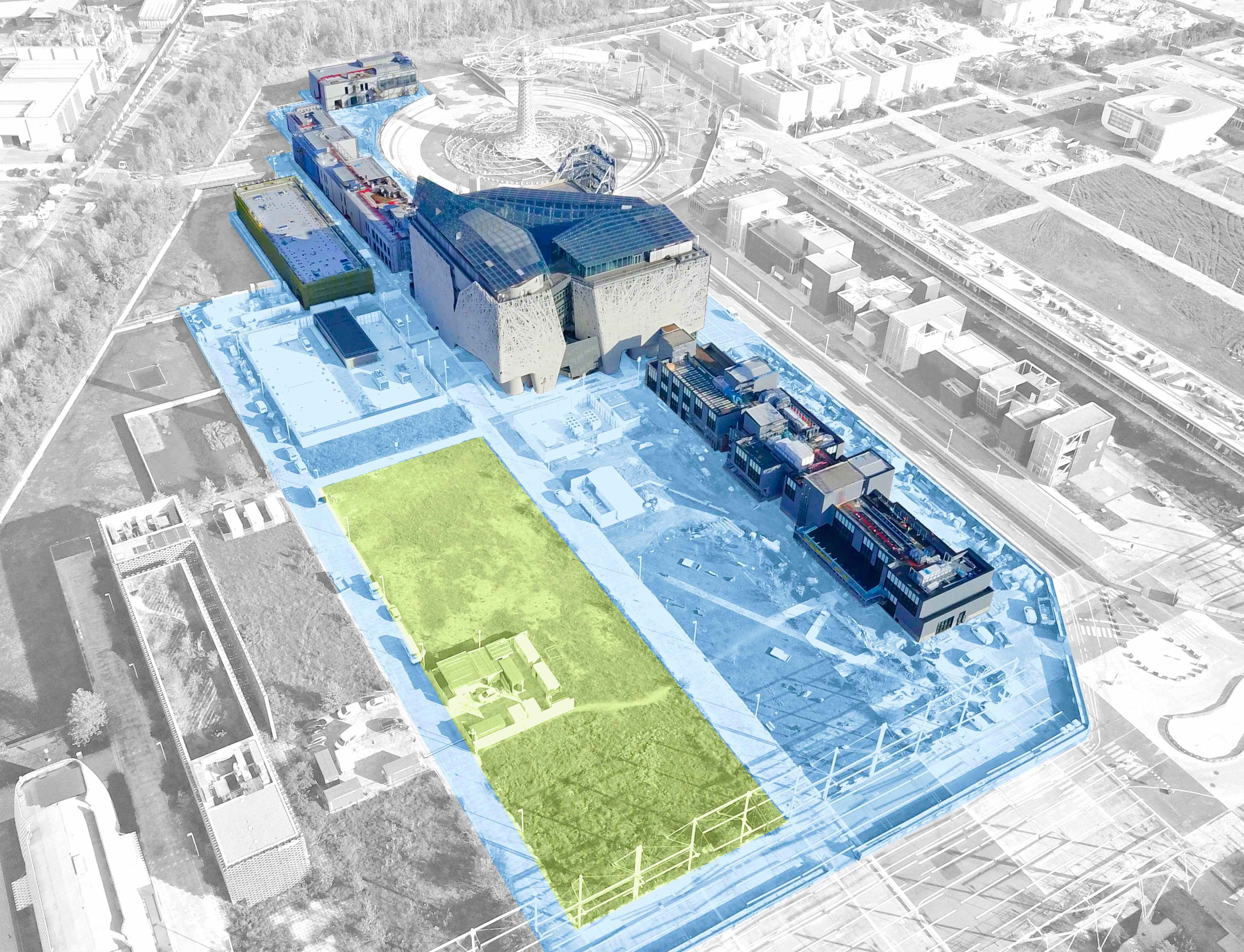 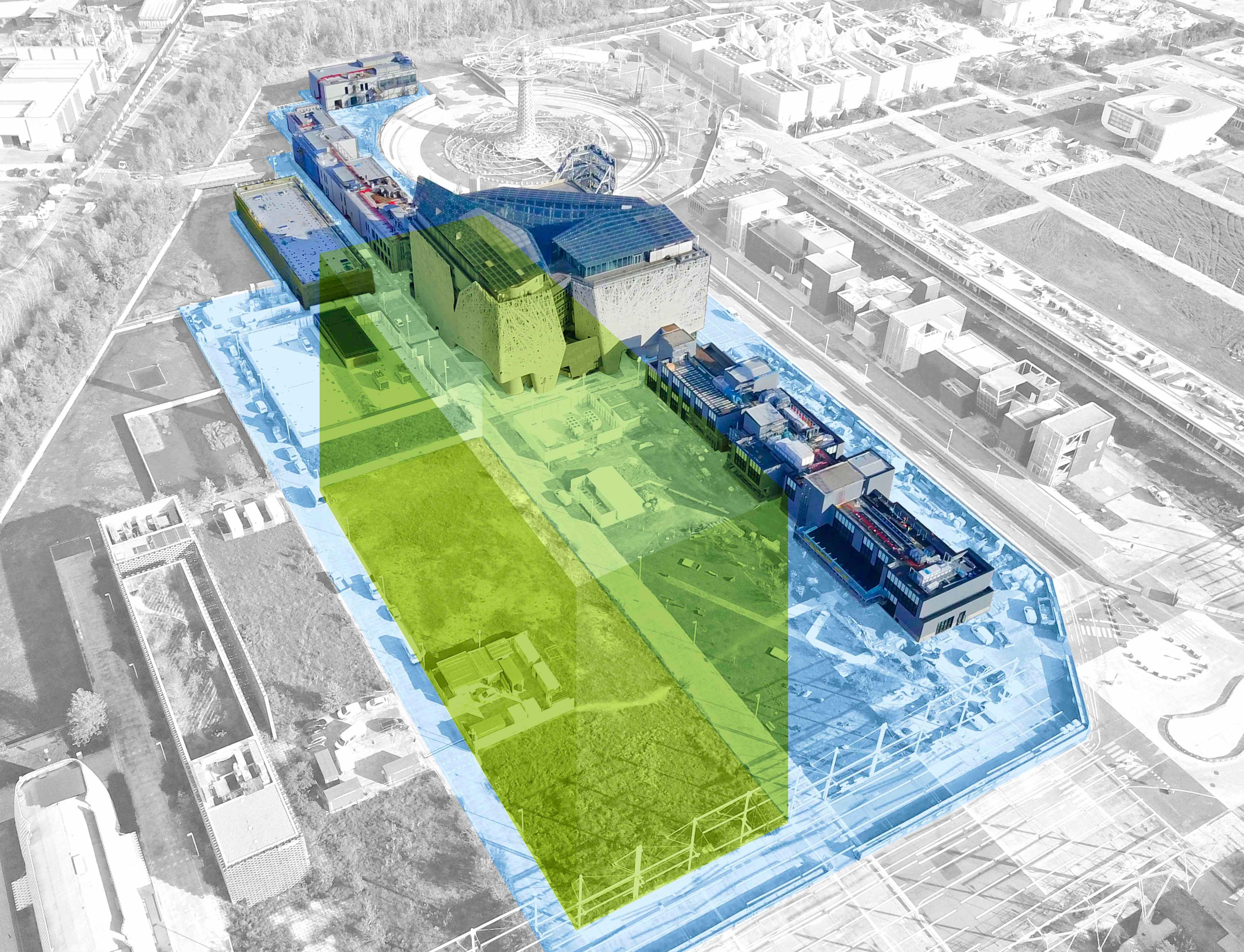 «By 2040 we should reach absolute carbon zero»

Among the first results of this change of pace there’s DesignTech, the document written by a Hi Interiors task force in the context of the Design Tech Hub. A network of architectural firms, companies and experts produced a 14-point white paper on topics spanning from real estate to education, from offices to restaurants and receptive structures. A document aimed to the re-start, that will be fundamental to adapt the criteria that led the project since its inception in an even more specific way, the main one being sustainability.

Arexpo operates paying attention to 17 SdGs, Sustainable Development Goals, as per the UN 2030 Agenda. For the creators, having zero footprint was a condicio sine qua non from the very start. “As a group we all agreed to fully embrace the principles of the Paris Agreement on the reduction of CO2 emissions” says Stefano Minini, Project director of Landlease. In fact, this meant “partnering only with companies, suppliers, contractors, incubators and other parties who followed the same philosophy, so net zero carbon by 2025. We directed our efforts towards an ambitious target. By 2040 we should reach absolute carbon zero”. How? “By looking for new ways, using renewable energy sources and innovative systems to reduce emissions. But also acting on Mind’s ecosystem”, which is the place to experiment with solutions, materials and ideas.

There are many examples of these “new ways”. One on them is the new Galeazzi Hospital. The two top floors will be dedicated to all the machinery necessary for the facility to run, like thermic systems and the AHUs, but everything will rely heavily on photovoltaic and solar energy. The materials chosen for the structure are sustainable, self-cleaning and smog-absorbent, while the coverings are studied to optimize thermoregulation. 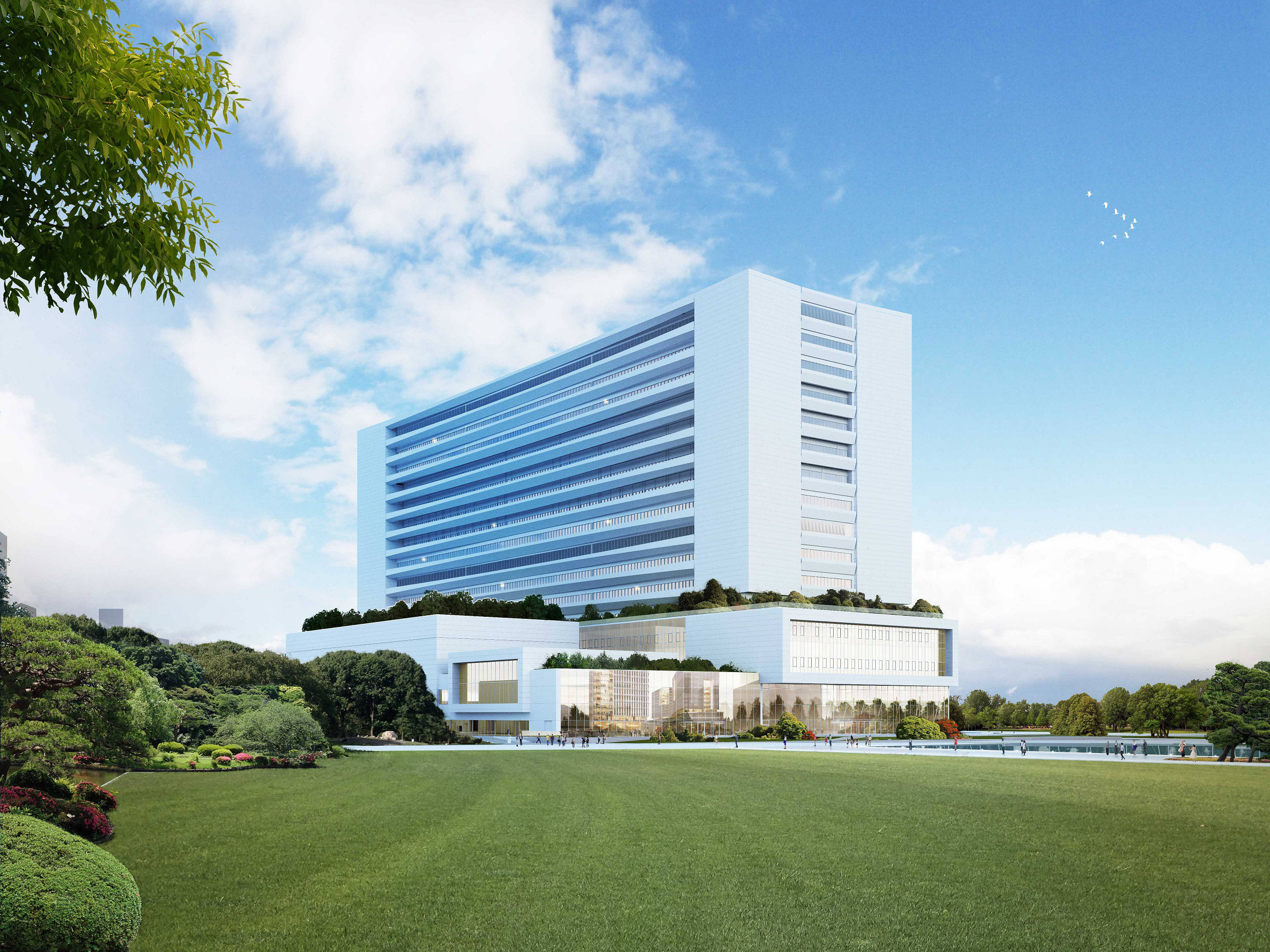 Rendering of the Galeazzi Hospital

A combination of sustainable and state-of-the-art materials, sign of a future that, according to Arexpo, is already here, with its circular economy.Up to 90% of the over 30 million cube meters of debris and old structures from the old Expo site are being shredded and recycled, in order to be used in the building process. Most of the wood is recycled, too. Every building is planned with the goal of avoiding waste of energy, water and light. With the same idea, digitization will play a key role, not only to improve the quality of life, but also to reduce the use of unnecessary resources as much as possible.

Mobility will be another major point. Traditional mobility will be near zero within Mind, as people will move with electric vehicles and on bike lanes. The residential area called Mind Village, near the West Gate and the subway, occupying over 200,000 square meters, will be dedicated to the experimentation on driverless mobility, a permanent test on the mobility of the future, with self-driving cars and buses.

It is not only a matter of efficient technological solutions, but also a precise cultural choice. “Arexpo is building the city of the future following the Greek polis, the community living in the city”, says Mina. “There is a deeper dimension to these decisions, which are the tools to create an aware community, protagonist and not victim of the technology in their life”. Cutting-edge technology, habitability, work and life joining together in one place, the true distinctive sign that, even here, recalls the ethics behind the famous Made in Italy brand.

This is the reason why, for example, a structure like the Palazzo della Ricerca will have common areas on the ground floor but will also have terraces with trees on the very top and 3,000 square meters of green. The vertically designed campus of over 10 floors and 60 meters of height will be in 2026 the final piece of the Human Technopole (total forecast investment: 94.5 billion euros). “It’s an emblematic endeavor for all of Italy looking into the future”, say the representatives of Studio Piuarch, who designed it. It’s a place to live, not just a place to work.

«Arexpo is building the city of the future following the Greek polis, the community living in the city» 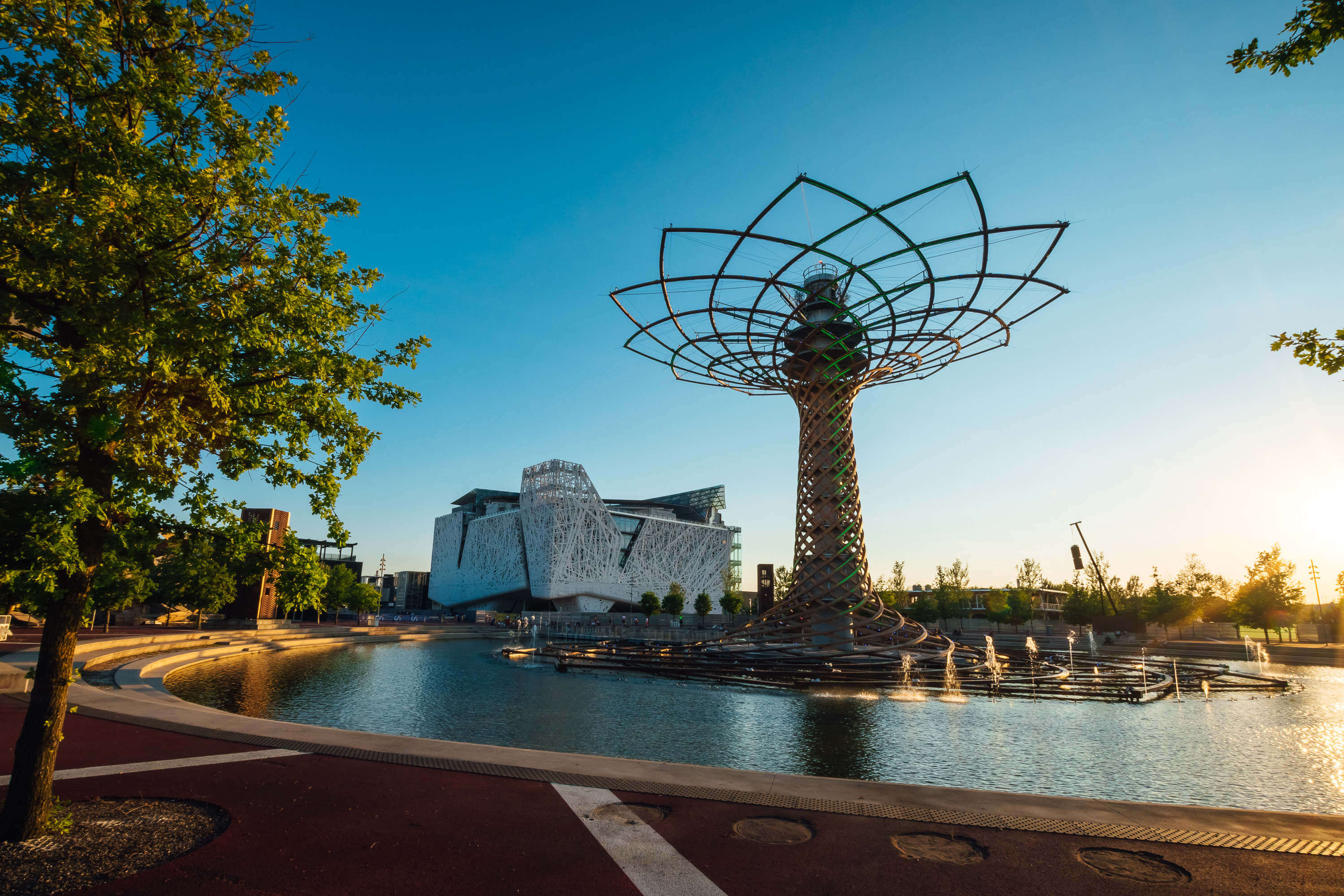 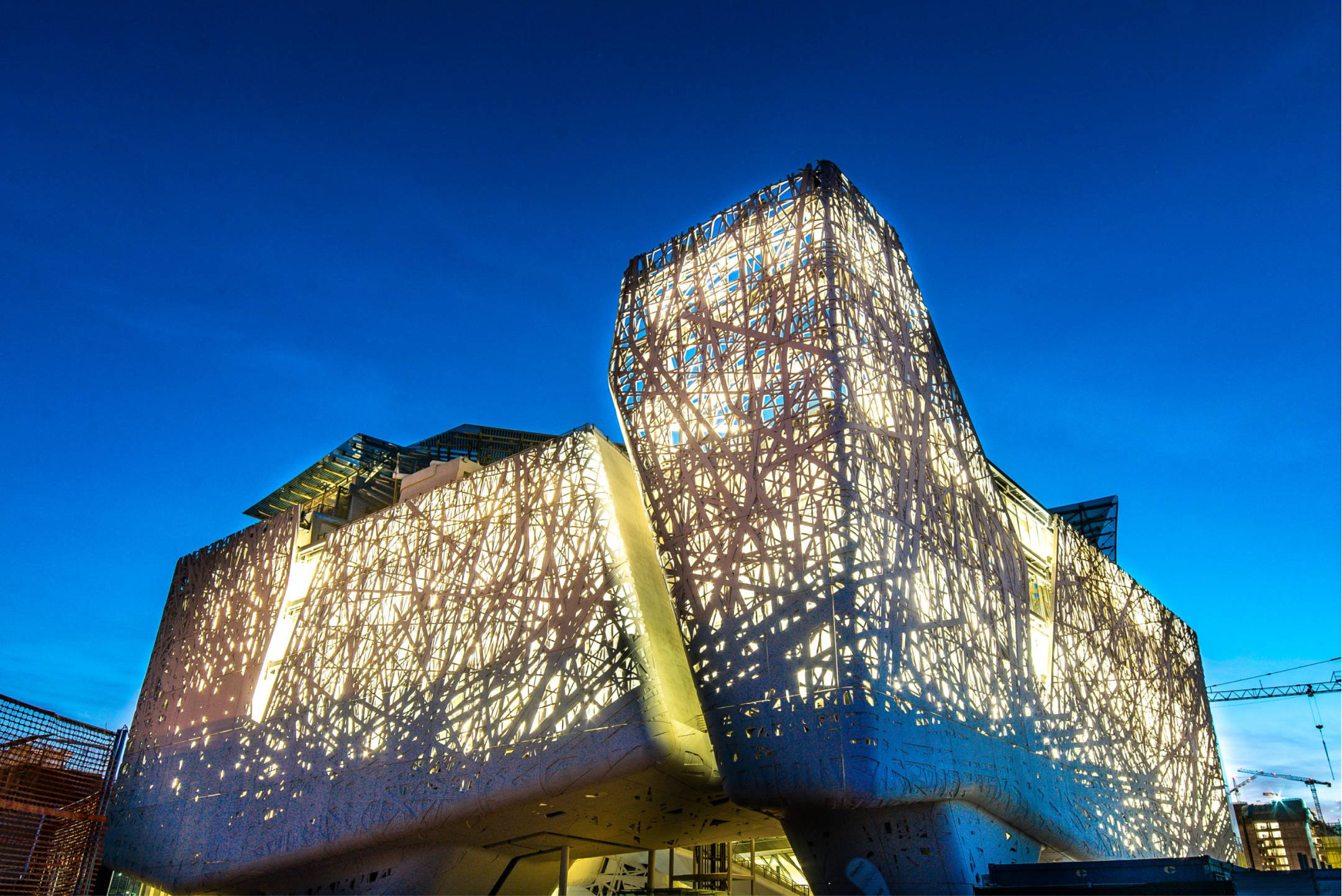